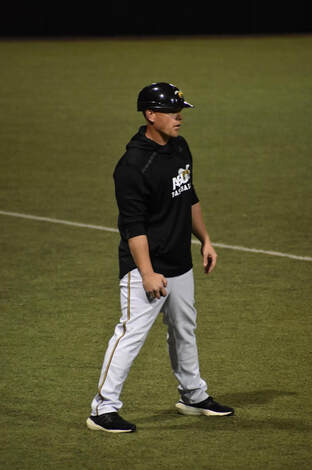 Drew Clark enters his 11th season on the Alabama State baseball staff, his sixth as Associate Head Coach/Recruiting Coordinator under Head Coach Jose Vazquez when the 2023 season gets underway. Clark’s responsibilities include recruiting coordinator and working with the Hornet hitters/position players.

The 2022 season saw sophomore infielder, Corey King, named Player/Hitter/Newcomer of the Year. The first player in Alabama State history to win all 3 awards.

In 2018, Ray Hernandez heard his named called during the MLB draft, when he was selected in the 29th round by the Atlanta Braves.

In 2014, three Hornet position players saw their names called during the MLB draft. The draftees included Shortstop Emmanuel Marrero was selected by the (Philadelphia Phillies, 7th Round), Outfielder Richard Amion (San Francisco Giants, 19th Round), and Richard Gonzalez (Houston Astros, 29th Round). After the 2014 season, Clark was recognized by the Alabama Baseball Coaches Association as the Assistant Coach of the Year.

Clark joined the coaching ranks in 2010 after a four-year career playing catcher at Bethune-Cookman, winning more than 150 games, four Mid-Eastern Athletic Conference championships and four appearances in the NCAA Tournament.

Clark is married to the former Carrie D’Ippolito, a native of Ormond Beach, Fla. The couple has one son and one daughter.
​